Florence. And other names.

The name Florence was among the names I looked at this week on the Sand-Writing.com Facebook page.
In 1904 it was the second most popular girls' name.
Today it is still in the top 100 - in fact it's number 47, one of many traditional names that remain popular or have risen back up the charts.
Mary was the most popular name in 1904, Doris was third, Edith fourth and Dorothy fifth.
For boys, the top five were William, John, George, Thomas and Arthur and ALL of them were in the top 100 for 2012.

Here's the round-up from the week on our Facebook page - don't forget to like it to see a new name each day and to hear news and offers. 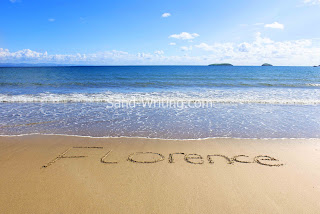 Florence is the 47th most popular girls' name of the moment and means blossoming, flourishing or charming.
It comes from the Latin name Florentius.
Florence Nightingale, the founder of modern nursing who served during the Crimean war, was given the name because she was born in Florence.
Florence is the English name for the wonderful Italian city Firenze. 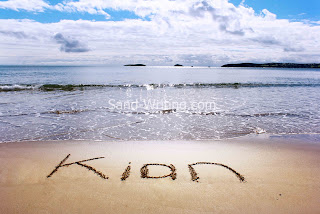 Kian is number 91 of the top 100 boys' names for 2012, according to babycentre.co.uk.
It is the Anglicized spelling of the Gaelic name Cian, meaning ancient. 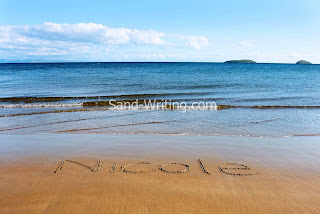 Victory of the people is the meaning of the name Nicole.
It is the 92nd most popular girls' name.
Nicole is the French feminine form of Nicholas.
Famous people with the name include the actress Nicole Kidman, the socialite Nicole Richie and singer Nicole Appleton. 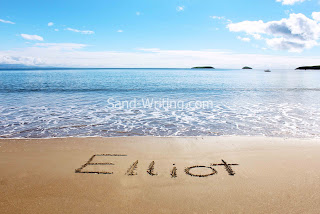 Elliot is the 50th most popular boys' name.
It means my God is the Lord and came from a Norman French version of the name Elias.
Other spellings include Elliott and Eliott.
Famous Elliots include the actor Elliot Gould and it always reminds me of the little boy in ET. 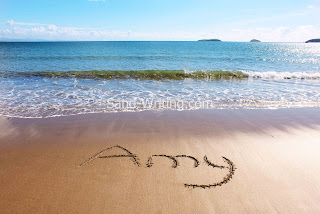 Amy means beloved and is the 36th most popular girls' name.
The English name comes from the Old French name Amee.
Amy is the heroine in the novel Little Dorrit by Charles Dicken and was a character in Little Women by Louisa M. Alcott.
Famous people with the name included the pilot Amy Johnson.

To see all the pictures available go to Sand-Writing.com where there are hundreds of personalised canvas pictures of names and messages written in the sand. They make beautiful gifts for loved ones and are a unique children's present for a birthday or christening.
Posted by Sand Writing at 05:46