Choosing a baby's name is so important - your boy or girl will have it their whole lives!
On my Facebook page, I take a look at a different name each day, illustrated with a www.Sand-Writing.com picture.
I hope it will give people inspiration https://www.facebook.com/SandWriting
I reveal the position each name is in the baby name charts as well as some interesting facts.

This week I've looked at: 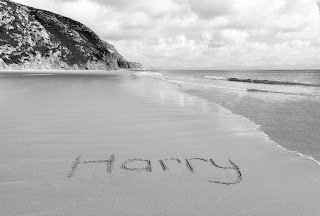 Harry was the top boys' name of 2012 according to babycentre.co.uk.
I love this black and white version of my picture of Harry written in the sand.
The name Harry developed as an informal version of Henry or Harold and Prince Harry may be helping its current popularity. 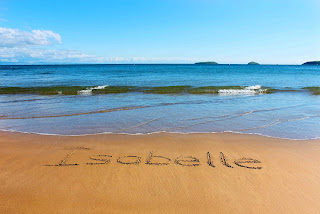 Isabelle is number five on the most popular baby names of 2012.
It means My God is a vow.
Isabelle is the French version of Isabel, and belle is French for beautiful.
And the picture of this name s written in the sand is one of my favourites - all available from 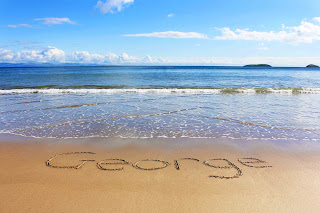 Number six on the most popular baby boys' names of 2012 is George.
George means farmer or earth worker and is of course, the name of the patron saint of England.
This photograph makes a beautiful present for a boy or baby boy. 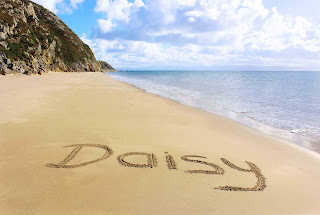 Daisy is 34 on babycentre.co.uk's list of most popular names for 2012.
It is an English name and comes from the flower of the same name.
It can also be a nickname for Margaret because the French word for daisy is marguerite.
Daisy, Daisy, give me your answer, do is a popular song, which I learned to play on the organ at the age of three! 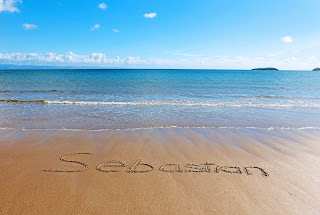 The 39th most popular baby name for 2012 was Sebastian.
It is the English form of the Roman Sebastianus meaning 'of Sebasta', which was a city in Asia.
Saint Sebastian was a Roman soldier and became a very popular saint in the Middle Ages. 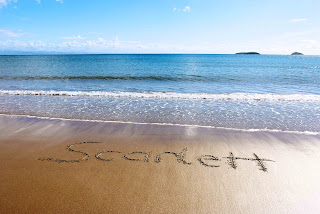 The name Scarlett was number 27 in 2012.
Scarlet is a shade of red and the name Scarlett for a girl was made popular by the character Scarlett O'Hara in Gone with the Wind.
The name was originally given to a dyer or seller of bright fabrics.

Keep checking the Facebook page for more names and pictures https://www.facebook.com/SandWriting
And of course go to www.Sand-Writing.com to choose from hundreds of names and messages written in the sand and selling as canvas pictures.
The personalised gifts make a great present for a boy or girl, they look great in children's bedrooms and also are a unique new baby or christening gift.
Other pictures are wonderful for wedding, anniversary, birthday or Christmas presents.
Posted by Sand Writing at 07:06